Scott Harris’ Interview of Me 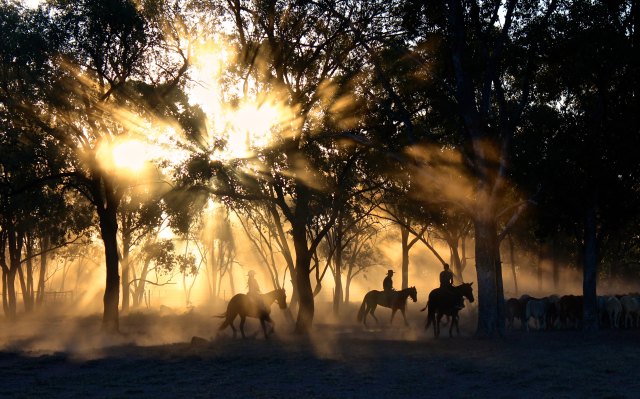 Fellow western author and friend Scott Harris recently interviewed me for his readers and followers. Below is the transcript.

I hope you enjoy it.

When — and why — did you first fall in love with Westerns?

When I was young, TV was full of Westerns. I loved “Cheyenne,” “Rin Tin Tin,” “The Rifleman” and others. I love the adventure and the way people thought and handled things back then. Good people helped and protected each other, and when they did, the bad guys were outnumbered and beaten, and when they didn’t, bad things happened until a hero stepped up took them on. I love the messages such shows give to people of all ages. I use present tense because I still watch the old shows despite many of them being 60 to 70 years old. They are morality tales I never tire of seeing.

Who are your three favorite Western writers?

Besides you, I like Zane Grey, Louis L’Amour, Owen Wister, who wrote “The Virginian,” David Webb Peoples, who wrote “Unforgiven,” and Carl Foreman, who wrote the screenplay for “High Noon.” I know that’s more than three, but they are my favorite Western writers. They each beautifully describe the cultural mores of their era, the human condition, loyalty or lack thereof, and courage or cowardice. They had a realistic feel to them and in quite different ways helped me to better understand and appreciate the land, the people and the era.

Which Western do you wish you’d written?

“Unforgiven.” I love the quirky and colorful yet believable characters, “feel” of the times, action, story, humor, drama, grittiness, many quotable quotes, and the ending that explains what happened to the protagonist and his children. Even minor characters had quirks that added to the sensory buffet.

What is the most recent Western you’ve read?

Several of your Brock Clemmons books, some of them twice.

The “Desert Island” question. What are your three favorite Western books?

“The Virginian,” “The Sacketts” series and “Robbers’ Roost.” I like how simply people thought and spoke in those times. There was time to think, and places of great beauty and solitude in which to do the thinking. There wasn’t a lot of blabbering and wasted noise or broken promises.

What are your three favorite Western movies?

“Unforgiven,” “High Noon” and “The Shootist.” I explained most of the reasons in my answer to your second question. I also love the actors and actresses. “The Shootist” in particular had many extraordinary stars in it. I love that John Wayne refused to follow the script and shoot a man in the back, saying something to the effect that, “John Wayne never shot anyone in the back and isn’t going to start now.” I believe the way the script was changed made for a more powerful movie and ending.

Of the books you’ve written, which is your favorite — and why?

“A Bloody Day in Destiny.” It was my first book of Western tales and features some of my favorite stories I’d written to that date. These stories whet my appetite to write more:

The past comes calling with a six-gun and a score to settle, and there’s no place to hide in “A Bloody Day in Destiny.”

An unwelcome sleeping companion holds the key to survival when two vengeful brothers catch up to the man who shot their brother in “I Hate Snakes.”

A lonely rancher gets much more than he bargained for when a beautiful woman with a secret past responds to his ad for a wife in “Mail-Order Bride.”

An aging marshal faces a desperate young killer with nothing left to lose in “Peace.”

What is the most recent Western you’ve written?

I’ve just written two more, both of which should be released in September 2018 or sooner: “A Bullet in the Neck” and “The Grizzly Creek Massacre.”

Here’s a taste of the stories readers will find in “A Bullet in the Neck”:

“Gold Fever” – Greed leads to violence, betrayal and death, as honest, hard-working gold miners discover a traitor in their midst when they must confront a killer and his vicious gang of murdering thieves.

“Big Dream Ranch” – An ambitious man works to overcome many obstacles as he strives to make his big dream come true, unaware that he has yet to face the greatest obstacle of all.

“Mary’s Medicine” – A dying man is awakened by a gun-toting stranger in his bedroom who has a terrible story to tell that might just save his life.

“Annie Davenport and Dr. Hartlee’s Miracle Headache Cure” – A series of tragedies push a young woman toward a terrible choice — marry a man she detests to save her ranch and ensure the survival of her young son and herself, or risk everything to keep her freedom — and her time is running out.

And here’s a taste of the stories in “The Grizzly Creek Massacre”:

“The Grizzly Creek Massacre” – Four young men in the cavalry witness a mutiny and brutal murder and are chased by their sadistic sergeant and his men through hostile Indian Territory until they make a desperate stand at Grizzly Creek.

“Hoodwinked” – A crooked rancher tries to hoodwink a young man into buying a nearly worthless piece of land.

“Desperation” – A four-year-long drought tests the mettle of two friends and neighbors as they face the complete loss of a lifetime of work, and perhaps much worse.

“Fool’s Gold” – A beautiful woman and her fiancé appear to create the perfect scam for fleecing whole mining camps full of lonely miners out of their hard-earned gold, but they learn the hard way that betrayal can be a two-headed coin.

Can you tell us anything about your next book?

It’s about a young man who promises a desperate, beautiful woman that he will save her young sister and others from being kidnapped by a ruthless gang of cutthroats and forced into a life of prostitution. The trouble is the young man is a city slicker fresh off the boat from Boston who can barely ride a horse, can’t shoot a gun worth beans and almost immediately finds himself naked, on foot, without guns, at night, walking barefoot cross country in an area he’s unfamiliar with. If he survives that, he’s got to race to a small village in Mexico in time to warn the young girls before the gang gets to them, but he doesn’t speak a word of Spanish. What could possibly go wrong?

If you could go back in time, what would be the time and place in the Old West you’d like to have lived in for a year?

The California Gold Rush Gold Country. I would have loved to supply provisions to the miners, from picks and gold pans to food, tents and clothing. I performed a similar role during the Dotcom Boom and found the experience to be helpful, appreciated and quite rewarding.

Is there a question you wish I’d asked?

Of all possible genres, why do you love writing Westerns?

The Old West era was full of adventurous, courageous, hardy, strong, colorful, diverse, independent-minded, quirky and self-sufficient pioneers. It was a time of immense possibilities, clashing cultures, few rules, danger, action and adventure. The smallest decision could lead to life and death struggles. A man’s word was his bond, and an honorable man would do whatever it took to keep his word or die trying. Though far from an easy period, it was a simpler time, with fewer shades of gray. Ideas for Western tales often flow from my mind faster than I can capture them. I often even dream Western tales and edit the action as my dreams progress.

I'm awed by the beauty of nature and the power of love and gratitude. Some of my favorite sensory experiences include waves crashing on rocky shores, waterways in ancient redwood and fern-filled forests, and rain. My wife and I have been married since 1979. We have 3 adult children and 5 grandchildren. I manage a wealth management firm that I founded in 2003. My Beloved is a Special Education teacher for Kindergartners and First Graders. I'm a published author of approximately 60 books in a variety of genres for grownups and children.
View all posts by russtowne →
This entry was posted in Author Interviews, authors, Uncategorized, Westerns and tagged author, Interviews, Scott Harris, western. Bookmark the permalink.

8 Responses to Scott Harris’ Interview of Me